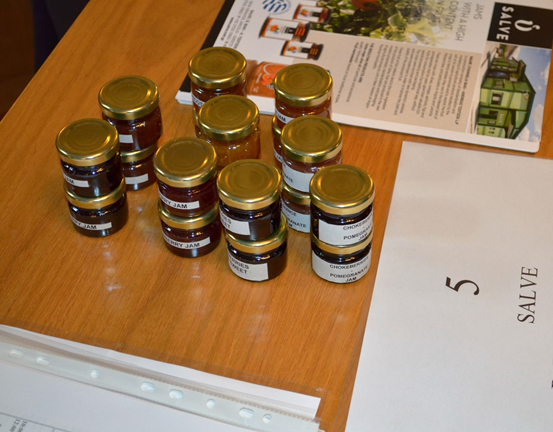 Great potential of export growth was revealed by the participant of dozens of Swedish import companies at the B2B meetings with Helenian businessmen that participated the business mission accompanying the Deputy Foreign Affairs Minister responsible for International Economic Relations, Mr. Dimitrios Mardas during his official visit in Stockholm.

The participant businesses are active in many sectors of the Greek business with an emphasis on food, delicatessen products, agricultural products, wine, cosmetics, tourism and tourist estate, information technology as well as innovation and new technologies.

In the Business Forum attended His Eminence Metropolitan Kleopas of Sweden and all Scandinavia, the Hellenic origin member of the parliament Mr. St. Delis, representatives of Swedish organizations and business entities as well as many businessmen and prominent members of the Greek community. Greetings were addressed by the Ambassador of Hellas in Sweden Mr. Dimitrios Touloupas, the Deputy Foreign Affairs Minister of Hellas Mr. Dimitrios Mardas, the Deputy Foreign Minister of Sweden Mr. Oscar Stenström, the President of the Hellenic-Swedish Chamber of Athens Mr. Ioannis Sarakakis, the Hellenic origin Head Economist of the Chamber in Stockholm Mr. Andreas Hantzigeorgiou, the Director of the office of Enterprise Europe Network Mrs. Theresa Ryberg, and others.

Salve company was dynamically represented by Mrs Evangelia Baki. All the meetings took place in a particular positive atmosphere and there is great optimism for the beginning of cooperation in the new year.